Little Raccoon Key is a reef island off the coast of Georgia, and part of the Golden Isles of Georgia. It is a small, uninhabited island, and we want to keep it that way! The abundant marine, land, and bird life make the unspoiled island one-of-a-kind. Little Raccoon Key’s objective is to maintain and share the natural beauty of the island while focusing on the conservation of the wildlife and plant species found on the island. 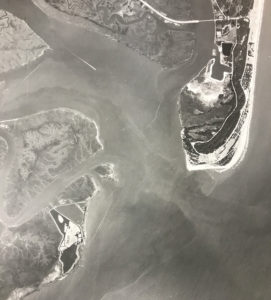 The Timucua & Guale natives lived in this area, and it is believed that they inhabited Little Raccoon Key prior to the 1600’s.  These natives were skilled fishermen, and they harvested alligators, oysters, clams, and fish from the waters around Little Raccoon Key for food.  After the mid 1600’s, the native tribes began to fade from the area; however, French, Spanish, and English explorations continued up and down the Georgia Coast for many years after.  The island has been left unspoiled in order to preserve the same beauty that was enjoyed by the Timucua tribe so many years ago.

Please feel free to reach out to us with questions!